Dont Look At The Tree 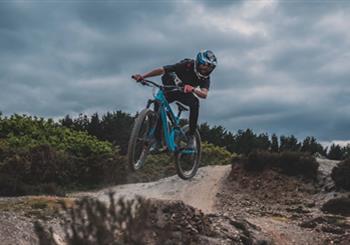 Dont Look At The Tree

They tell people this when they teach them to race motorcycles. They tell you to look towards your escape route, not the source of danger. Your body tries to follow your line of sight. Sure you need to know where the danger lies, but just enough to know not to go there. If you stare at it you will probably hit it.

Everyone has been concerned about JobKeeper ending and the country falling off a cliff. And thank goodness they extended it. But the administration has been a nightmare and it looks like we are in for a second wave of confusing instructions and online forms. You are probably finding that a lot of your sales prospects are focusing on the tree. Even worried that changing what they do will make them loose it.

The trouble is focusing on JobKeeper might divert their attention away from getting race ready for the coming years. Even if this eventually goes away things are not going to be the same.

My first CFO gig was for a hotel, the day I started work was the first day of the Australian pilots strike. It went on for months and hotels all over the country were almost empty. The strike ended but the guests never really came back, despite the cheaper flights that the airlines had to offer to get people back on planes. It would be interesting to see if the money they saved on pilots wages was ever worth the pain. Certainly not for the rest of the country.

Businesses learned to operate without flying once a week for interstate meetings. They didn’t just save on airfares but hotels, taxis, meals and so much wasted time. At the time people talked a lot about video conferencing, but it was rubbish. It didn’t take on. It’s helpful to think about that all the same, the solution was known but not practical, yet. What did take off was email. And phone calls. And reducing the frequency of meetings. And changing management structures to be more autonomous.

Lots of people are thinking about how current troubles might change things, short, medium and long term, and I know a bunch of you out there are capable of riding those waves, but you don’t have to be a futurist to think about what your clients need right now, the hard part will be getting them to look ahead with you.

I remember a track day when the instructor would smile at me and say “follow me”. It’s what human beings have done throughout history to help one another in times of uncertainty.

Photo by Carter Moorse on Unsplash